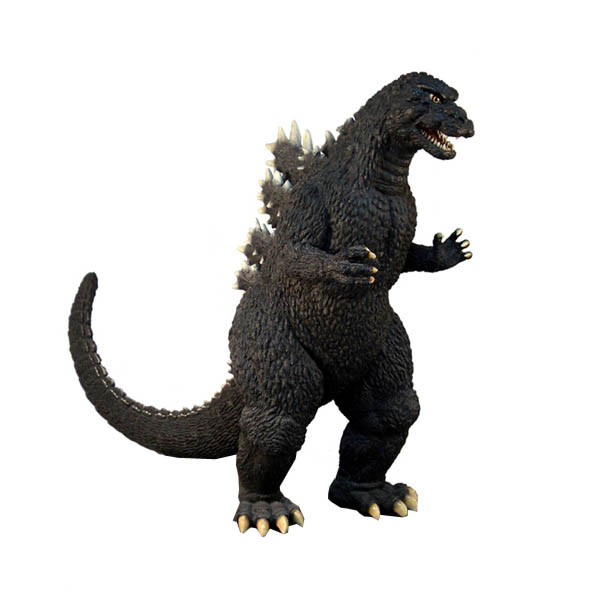 To celebrate his 60th anniversary year, Cinemaquette Presents and Hollywood Collectors Gallery bring you... Godzilla!Inspired by the bronze statue displayed in front of Toho's Hibiya office in Tokyo, this fearsome 4' statue was developed in conjunction with Koichi Kawakita - Special Effects Supervisor of all Heisei Series Godzilla movies. Director Kawakita supported development of the product, lending the original casting of the Hibiya Godzilla, resculpting the face and expression to resemble the monster as he appeared in "Godzilla versus Biollante" - arguably the most popular Godzilla movie in history next to the original 1954 version.Please note this version of the statue is not supplied with a base.