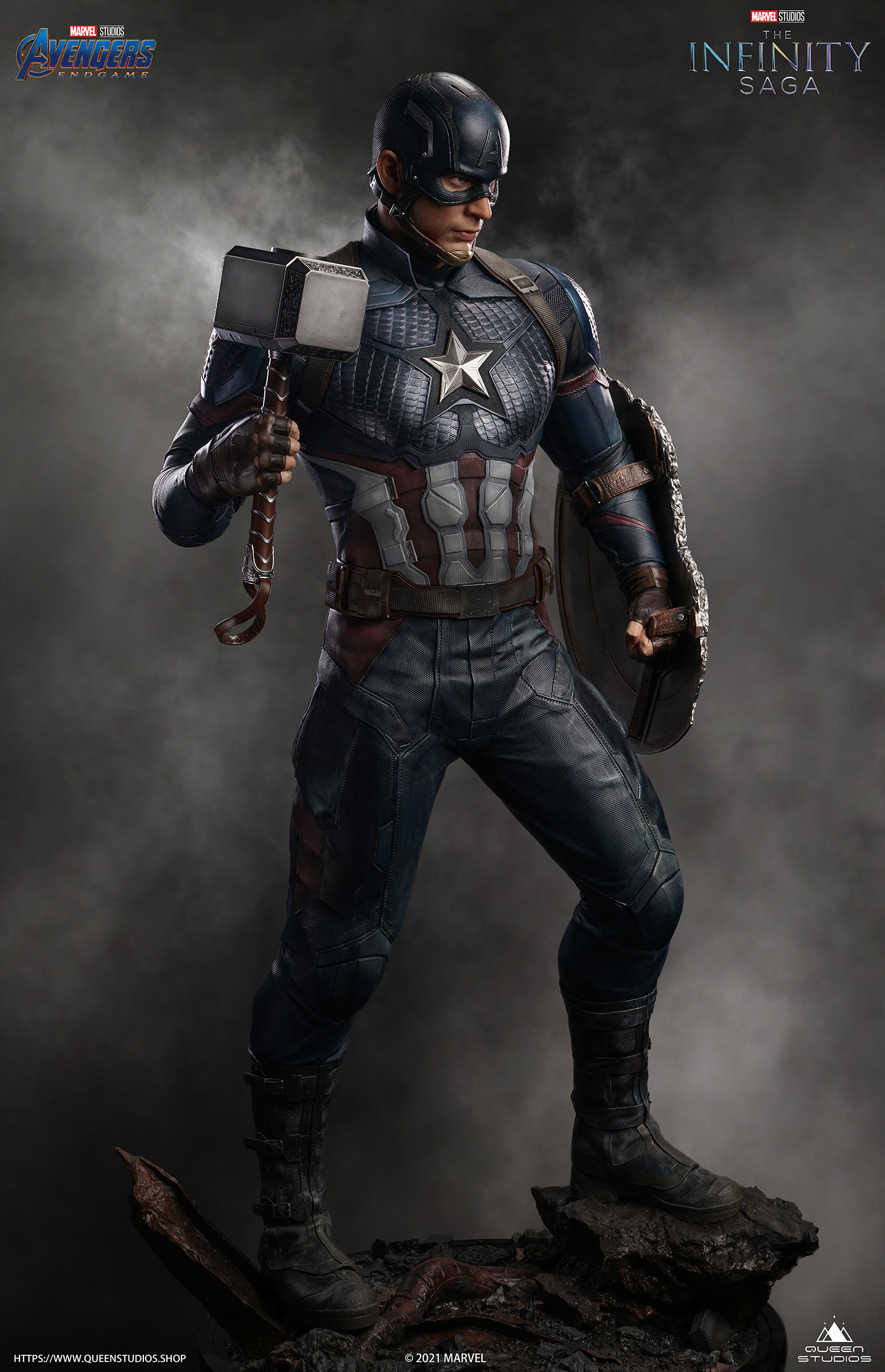 Born with the will to carry on, Steve Rogers will do just that when he finds himself called into action to complete a mission with the universe's entire existence on the line. It will be up to this Super- Soldier to bring together the World's Mightiest Heroes once again. Our beloved heroes have one last shot to take down Thanos but do they have the strength to do so? Will the Cap survive against one of the universe's most ruthless villains? What is the fate of every life in the universe?

Standing 105cm tall, this 1/2 scale statue captures Captain America as we saw him in Marvel's Avengers: Endgame. In the fourth installment in the Avengers saga, Steve Rogers dons his iconic red, white and blue Captain America uniform to join his team to overcome an immense obstacle. This time however, to fight Thanos and his army, Captain Rogers not only carries his shield, but he's deemed worthy to wield Thor's hammer, Mjölnir.

Queen Studios' 1/2 scale Captain America Statue's body, base, and hammer are crafted from polystone using state-of-the-art technology to create the movie accuracy the team is known for. For Rogers face and hands, the team have used the finest silicone to create a skin-like look and feel. Finally, no Captain America collectible would be complete without his shield, which comes as standard with a regular shield and a battle-damaged switch-out option for those who order by the early bird deadline.

This PRE-ORDER items from Queen Studios will require a 40% Non-Refundable deposit when ordering. 25% will be taken upon check out and the addtional 15% will be taken before the closing window date of October 29th. Please note that the S&H rate offer upon check out are only estimates as the final size and weight of the item have not yet been finalized. The correct S&H charges will be updated prior to processing the final payment.