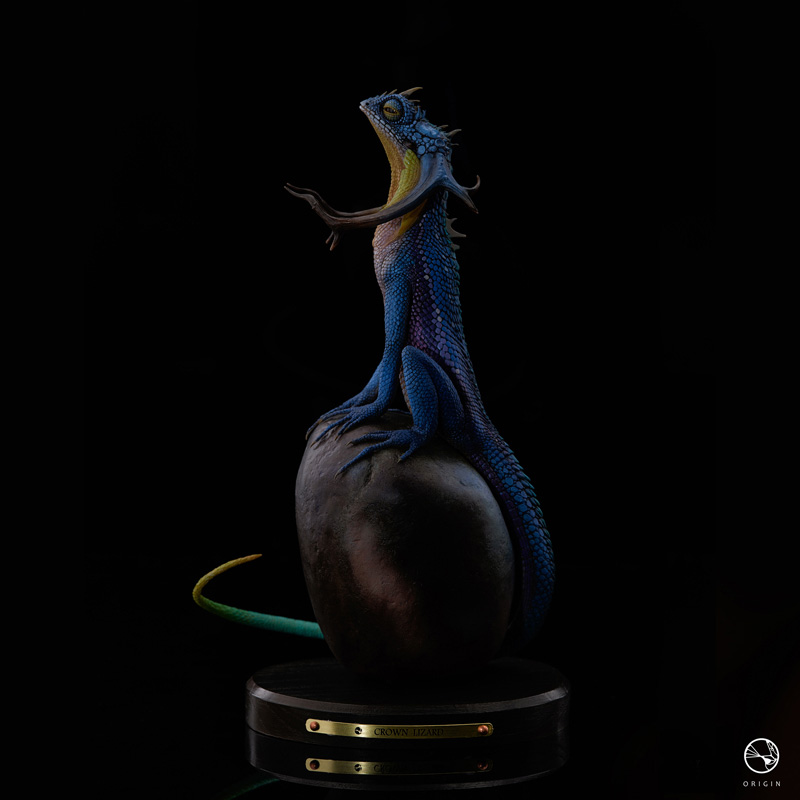 Crown Lizard (Agaminae) is a brightly colored lizard located in Africa whose body is mainly blue with some white on its abdomen and a turquoise chin. Its body length is approximately 14cm, has strong limbs, well-developed claws, and is covered with scales and spines. The males have a pair of large antler-like horns behind their ears which are used to compete for females during the breeding season. The males with the strongest horns also seem to have a sense of superiority over others. Crown Lizards mostly live in the rocky desert. They are mainly herbivorous but somtimes prey on small insects. They are also called "April lizards." When the rainy season ends in April, the male's color becomes the most brilliant, and he will leave his cave to seek a mate and start a "fighting arena" on the rock.

*IMPORTANT* Please note that this item will be up for preorder for only 48 hours. We reserve the right to close the preorder without prior notice once we reach our edition size. These edition runs are extremely limited so don't miss out for this once in a lifetime opportunity. Preorder date will close on the 16th of April, 2021.