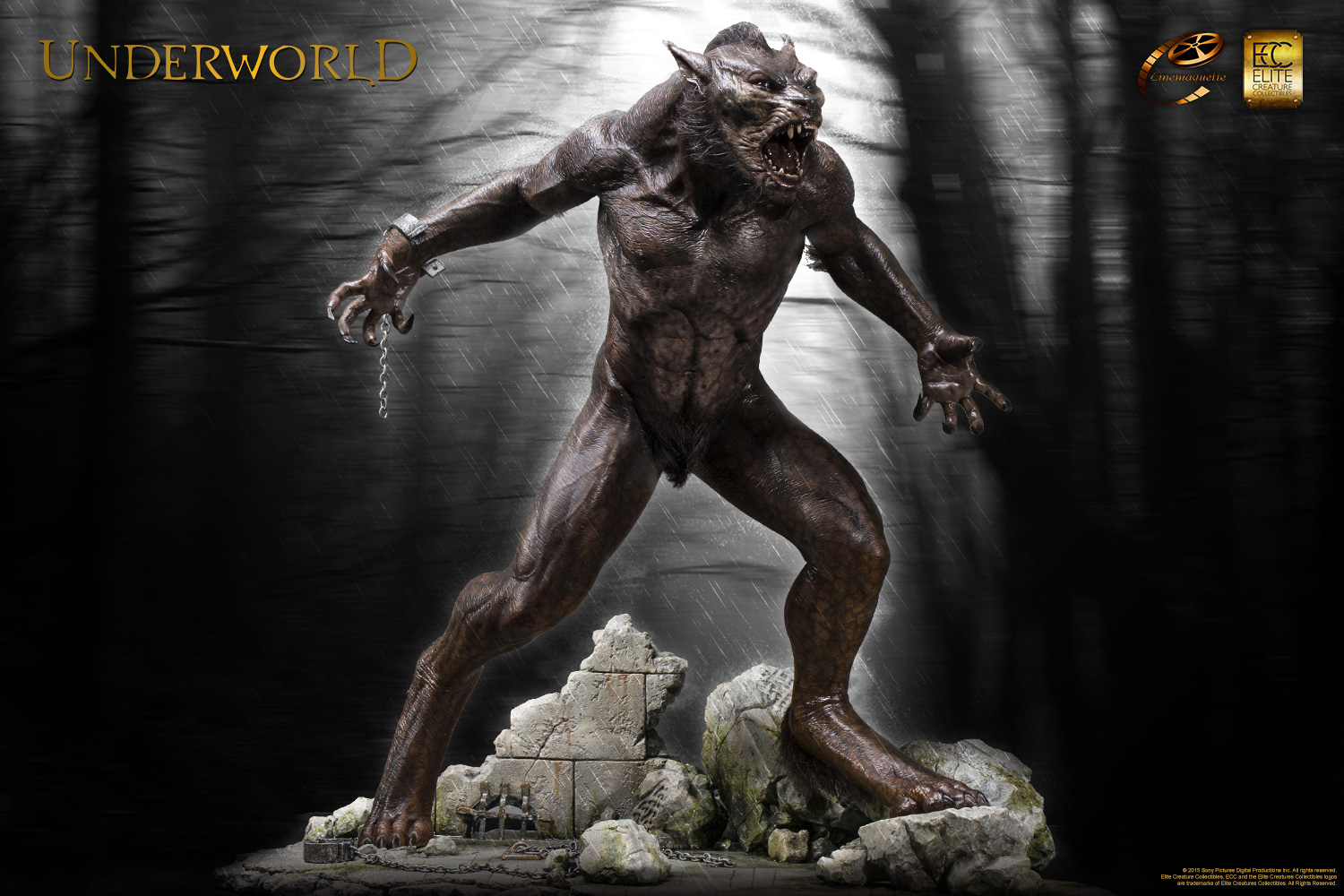 “Disgusting though Lycans may be, they, at least, are evolved. It was only these later generations that learned to channel their rage. ”

Lycans are a second breed of Werewolves created in the 11th century, descended from William Corvinus's Werewolf bloodline. Once normal humans who were infected by the firstborn Lycan or another of his victims, they are unlike the first breed in that they retain their human intelligence and personalities while transformed, as well as being capable of taking human form.

Elite Creature is delighted to announce our 1:3 scale Lycan maquette. The intricately detailed statue stands an imposing 24 inches tall, and captures perfectly all the ferocity of the werewolf. This museum-quality statue is constructed from heavyweight polystone and translucent resin, then individually hand-painted to the finest detail, and all real hair is hand-tied by our skilled team to make it faithful to its movie appearance.

Display your Lycan with Marcus to complete the dramatic scenes of  “Underworld”!