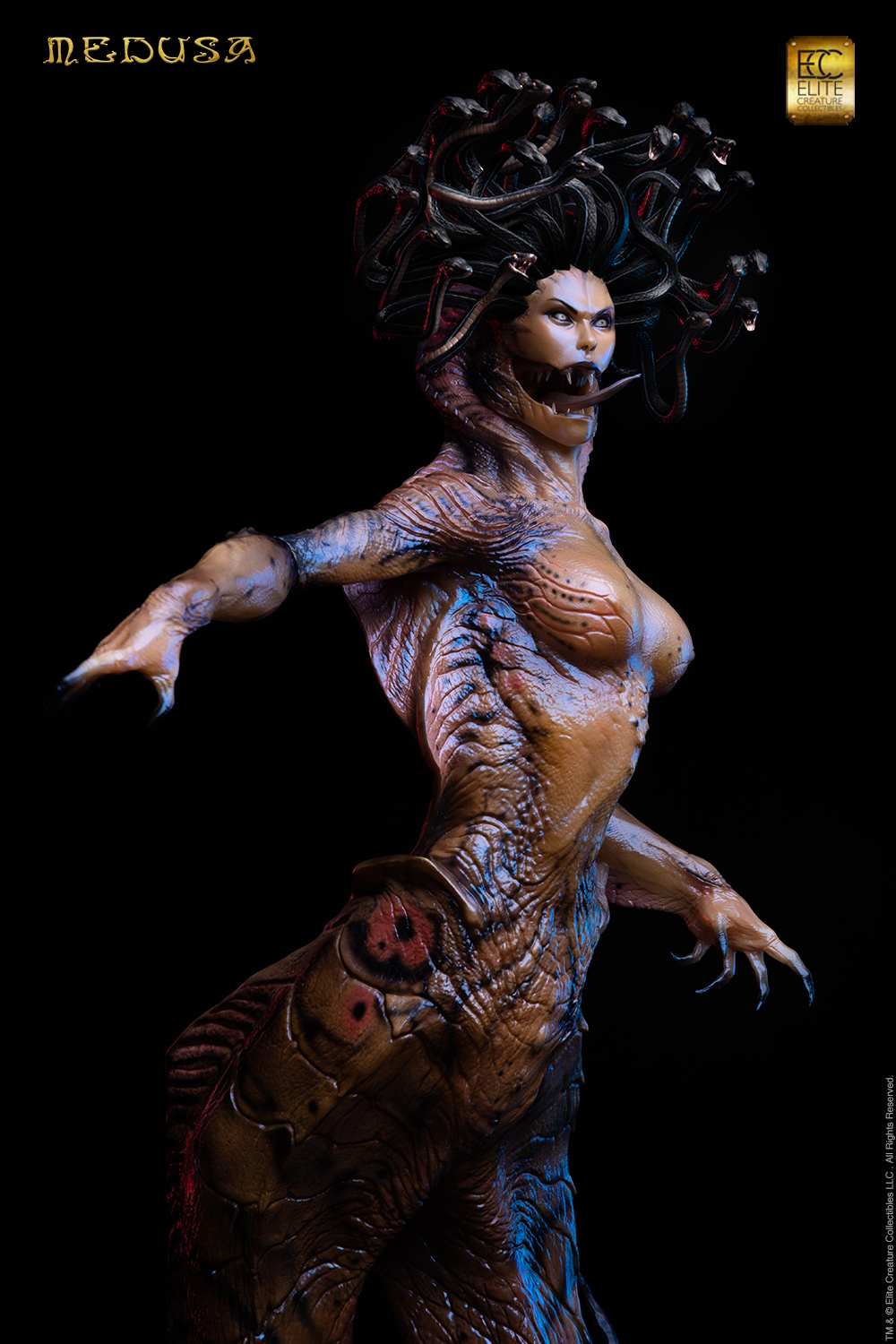 In 2016, we presented the Medusa Bust, the first female character designed and created by Steve Wang for ECC's Transformotion line and the centerpiece of ECC. That bust was received with critical acclaim. Now, five years later, we have recreated the Medusa.
The tail design of the Medusa maquette is inspired by the Siren, a Greek mythological creature.  The Siren was originally depicted as half-human and half-bird, but later it evolved into a two-tailed mermaid. The latter has become a veritable cultural symbol, as seen in the iconic Starbucks logo.
Integrating Classical Greek style with new forms of artistic expression, Elite Creature Collectibles is proud to present our 1:3 scale Medusa maquette.

*IMPORTANT* Whether we reach our edition size or not, on the cutoff date of December 22, 2021, the pre-order window will be permanently closed. There will be no more editions made. We will not do a second run, so don't miss out!