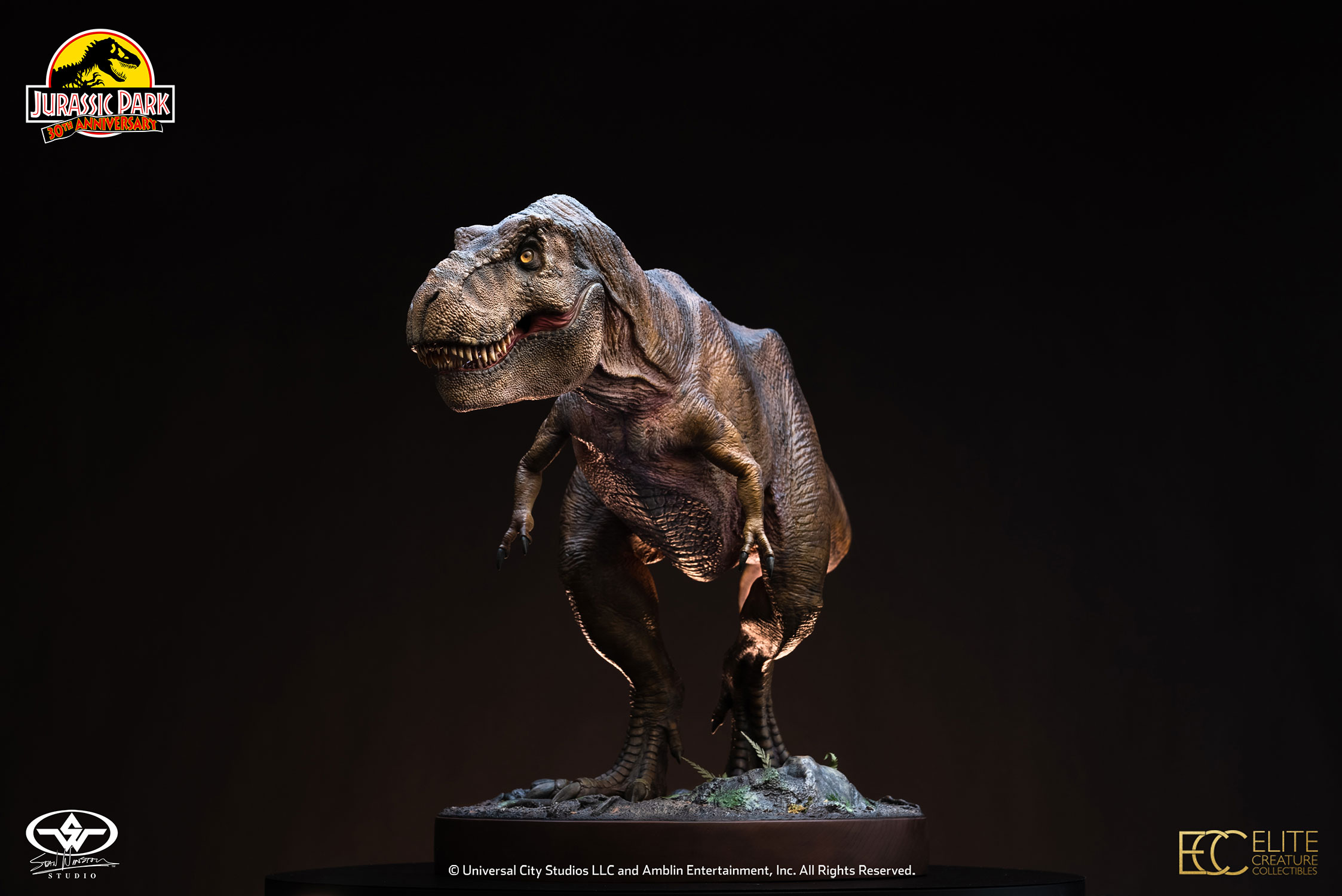 Jurassic Park premiered in June 1993, becoming the highest-grossing film ever at the time. The film won over twenty awards and has been deemed culturally, historically, and aesthetically significant.

Jurassic Park's dinosaurs were designed by Stan Winston Studio (SWS) and brought to life on-screen via a groundbreaking combination of full-size live-action animatronics by Stan Winston's team and computer-generated imagery by Industrial Light & Magic (ILM). They became a focal point of the film, with the T-Rex becoming "the star of the movie" according to director Steven Spielberg.

Elite Creature Collectibles is proud to present a 1/12 Scale Tyrannosaurus rex from Jurassic Park (1993) in collaboration with key Stan Winston team members. With hands-on access to the SWS maquette used to provide proof of concept to Steven Spielberg and high-resolution 3D scanning, ILM artist Bitan faithfully recreated the original T-Rex from the movie. This maquette is painted by SWS Jurassic Park key artist Joey Orosco and ECC key artist Oskar Ankarudd. With its incredible details, you may even find features that were impossible to see on the silver screen.

*IMPORTANT* Whether we reach our edition size or not on the cutoff date of September 30th 2022 the pre-order window will be permanently closed at midnight. There will be no more editions made. We will not do a second run, so don't miss out!