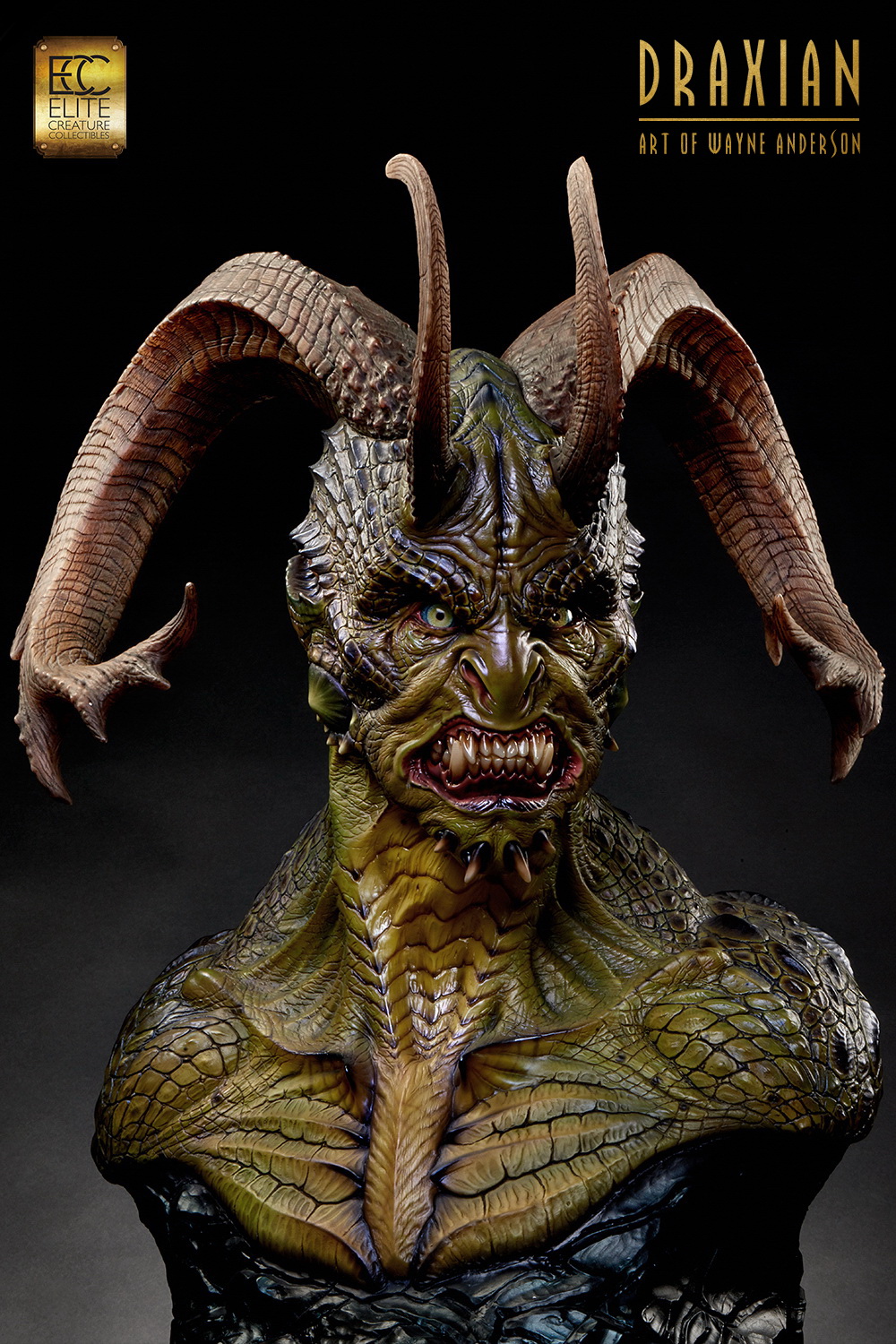 Draxian is a reptilian humanoid, indigenous to the moon Titan that orbits Saturn. The Draconian race are overseers of planets and seek to take back earth and unleash punishment for those destroying what is sacred. If Draxian fails, he will detonate a supernova destroying everything in its path.

Draxian was the first character I created after moving to Los Angeles in 2011. Originally designed as a makeup and creature suit I feel fortunate to recreate him as a high end bust for ECC.

Wayne Anderson hails from Naples, Florida where he was raised on a steady diet of monsters creating a haunted house every year for Halloween with his father.

Wayne moved to Los Angeles to pursue his dream of working in special f/x after winning The Dick Smith Legends of Makeup Scholarship award in 2011. Upon completing the program at Cinema Makeup School he has become a prolific sculptor and painter in the industry working for FX studios like Spectral Motion, Legacy Effects and ADI.

In a short time he's worked on some very high profile projects including Stranger Things, IT, Jurrasic World: Fallen Kingdom and recently sculpting the Fugitive Predator for the hit film "The Predator."

*IMPORTANT* Whether we reach our edition size or not on the cut-off date of Feb 29th, 2020, the pre-order window will be permanently closed. There will be no more editions made. We will not do a second run so do not miss out!