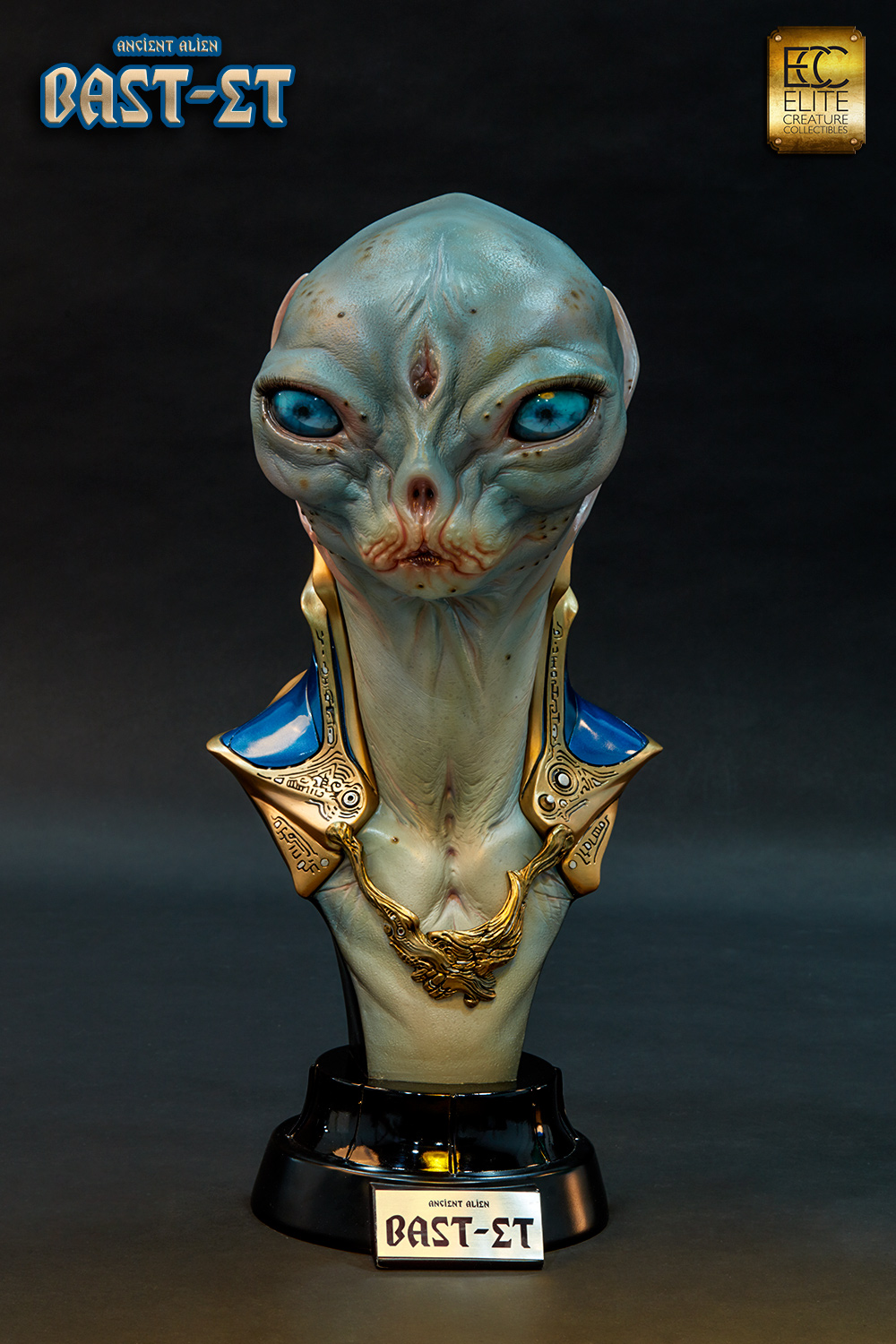 "Fact or fiction? You decide."

Bastet was a goddess in ancient Egyptian religion, worshipped in the 2nd Dynasty (2890 BC). Depicted as a woman with the head of a cat, she was the goddess of warfare in Lower Egypt, the Nile River delta region, before the unification of the cultures of ancient Egypt. Or so we were told...

What if she was actually an extraterrestrial emissary from the star system Sirius B, sent to Earth in ancient times to aid in our evolution? What if she introduced to the ancient Egyptians advanced technologies and spiritual wisdom? Could it be possible that she was instrumental in the construction of the Great Pyramid of Giza? Rumor has it that advanced alien knowledge is hidden inside secret chambers of the pyramids.

If Bastet was really an ancient alien, what would she have looked like?

It is in the spirit of our fascination with extraterrestrial intelligence that Elite Creature Collectibles is proud to present the ancient alien Bast-ET in the third volume of our quality alien museum collection. The Bast-ET bust is designed and sculpted by Special FX Master Steve Wang.

-Each Certificate of Authenticity is signed by sculptor Steve Wang

-Limited in production to 500 units worldwide.

*IMPORTANT* Whether we reach our edition size or not, on the cutoff date of Jan 8th 2017, the pre-order window will be permanently closed. There will be no